Brenden Mulligan, on the three choices given when you’re on an iPhone call and a new call comes in:

These options break my brain every time. 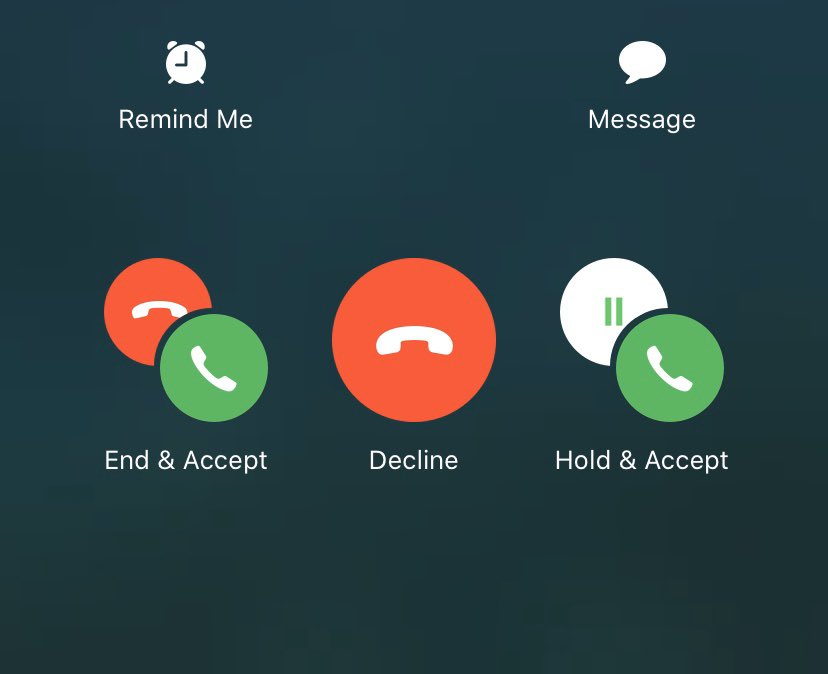 1. It’s unnecessary decision making in the 10 seconds before the new call goes to voicemail

2. It’s too specific about what’s going to happen to the current call

I find this confusing, too. One issue is that the language isn’t parallel. In two of the choices, the first word applies to the current call, but in the other one it applies to the new call. Keeping the current structure, I think it would be clearer to have either:

I also find the icons too hard to interpret quickly. One issue is that the red circle with the hung-up phone doesn’t mean the same thing in both cases.

[This] screen breaks the muscle memory. We don’t panic when the first call arrives because there are two clear options (if the phone is unlocked) – Accept on the right and Decline on the left.

Whereas, now Decline is in the middle.

[It’s] the same exact location as the big red end button that does end the current call before (and after) the incoming call arrives.

The big red phone button in the middle is deeply encoded into my brain as “end call”. I’d rather see a big X or sth to signify declining another call.

Took me a while to find it, but I knew in my gut that Apple had completely knocked this one out of the park — in 2007. 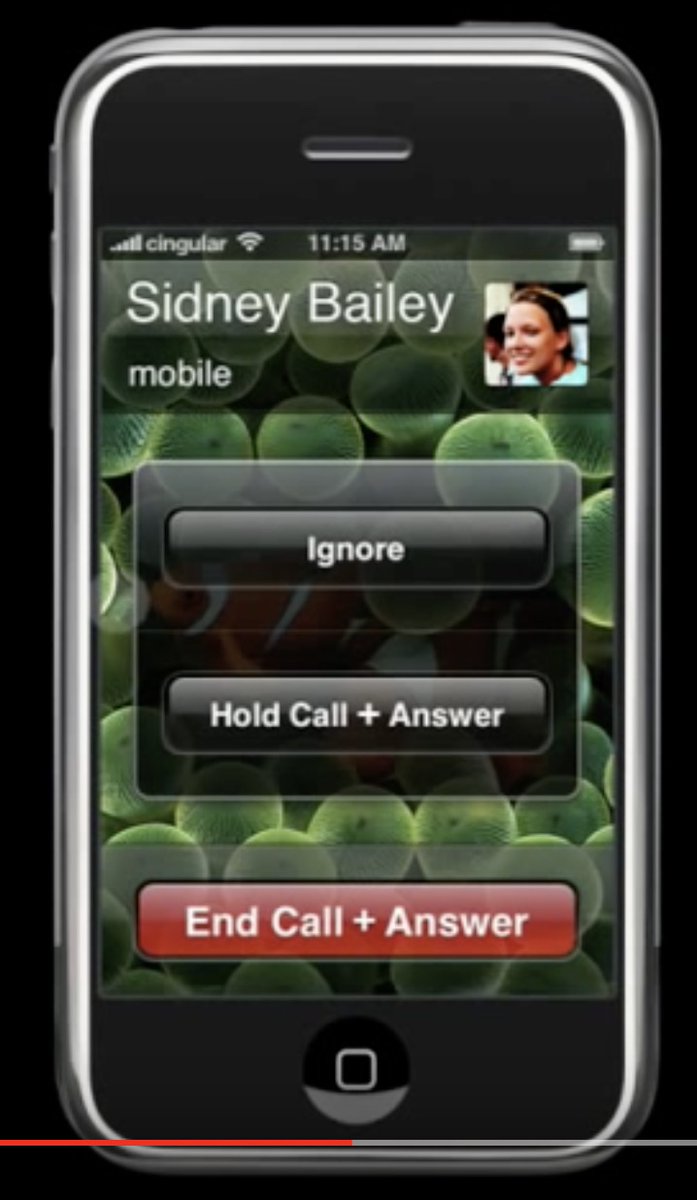 This is so much better. No confusing icons, and the red button consistently means to end the current call.

To provide you with the most up to date information across the web in an easy-to-read format. We want to be your number 1 source of information.